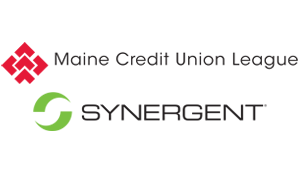 The J. Thomas Gavin Memorial Scholarship Fund was established to applaud the accomplishments of dependent children of Maine Credit Union League and Synergent employees. This scholarship fund will support the dreams of continued education in the memory of former employee, colleague, confidant and friend, J. Thomas Gavin.

Walking through the doors of the corporate offices of the Maine Credit Union League and Synergent in Westbrook, Maine, J. Thomas Gavin’s presence can still be seen and felt. Tom, as he was known by, was not only a dedicated employee of the League and Synergent for 35 years, he was also a friend to all with whom he came in contact during his tenure. While Tom’s sudden passing on November 6, 2006 left a great void, it is safe to say that he will never be forgotten.

Tom began his career serving credit unions in 1971 as a field representative in Central and Northern Maine. In 1973, he became the first person in Data Processing charged with forming an on-line data processing service for credit unions. Tom was instrumental in the development of MECUL Services Corp’s (now Synergent’s) data processing for credit unions, and ultimately helped to grow what has become one of the most successful core processing operations in the country. In 1992, League President John Murphy appointed him as the Director of Corporate Services, a position he held until the time of his death. In this role, Tom oversaw all of the maintenance and development of the Credit Union Service Center building, and also managed the CuComp (credit union compensation) Program and the Salary Administration Programs for the League and Synergent.

In July of 2006, Tom celebrated his 35 years of service as the longest-tenured employee of the League and Synergent. Tom came to be known by a great many people within the credit union community. At a remembrance ceremony, long-time friends and colleagues reflected on their special experiences with Tom. Speakers noted Tom’s strong work ethic, his passion for photography, his endless ‘research’ of the best products with the best values. He was a teacher, and was often called “the person to know”. Tom was known for being benevolent, caring, selfless, generous, prudent, dedicated, ingenious and respectful. He was a hard worker with integrity and diversity. However, most of all, Tom will be remembered for his wildly unique sense of humor and as a friend to all who knew him.

The program is administered by Scholarship America®, the nation’s largest designer and manager of scholarship, tuition assistance, and other education support programs for corporations, foundations, associations, and individuals. Eligibility for individual programs is determined at the sole discretion of the sponsor, and eligible applications are reviewed by Scholarship America’s evaluation team. Awards for this scholarship are granted to eligible recipients without regard to creed, religion, sexual orientation, age, disability, or national origin.

Applicants to the J. Thomas Gavin Memorial Scholarship Program must be:

*Dependent children are defined as natural and legally adopted children or stepchildren living in the employee’s household or primarily supported by the employee.

Employees of Maine Credit Union League or Synergent must remain employed at the time awards are paid in August.

Financial need will not be considered.

Selection of recipients is made by Scholarship America. In no instance does any officer or employee of the Maine Credit Union League or Synergent play a part in the selection. All applicants agree to accept the decision as final.

Applicants will be notified in July. Not all applicants to the program will be selected as recipients.

Scholarship America processes scholarship payments on behalf of  Maine Credit Union League and Synergent. Payment is made in one installment in early August. The award may be used for education related expenses.

Awards will be distributed upon proof of successful completion of fall term with a minimum grade point average of 2.0 on a 4.0 scale (or its equivalent) and proof of enrollment for spring term. The employee parent must remain employed at the time awards are paid. Checks are mailed to each recipient’s home address and are made payable to the school for the student.

As part of your application, you must upload the following documents:

One online recommendation form must be submitted on your behalf no later than June 2, 2022 3:00 pm CT.

Your application is not complete unless all required documents are submitted electronically.

Need Help? Reach out to us at
thomasgavinmemorial@scholarshipamerica.org
507-931-1682