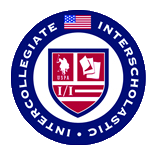 U.S. Polo Association has established a scholarship program to assist USPA members who plan to continue their education in college programs.

The program is administered by Scholarship America®, the nation’s largest designer and manager of scholarship, tuition assistance, and other education support programs for corporations, foundations, associations, and individuals. Eligibility for individual programs is determined at the sole discretion of the sponsor, and eligible applications are reviewed by Scholarship America’s evaluation team. Awards for this scholarship are granted to eligible recipients without regard to creed, religion, sexual orientation, age, disability, or national origin.

Applicants to the USPA Intercollegiate Scholarship Program must meet all the following criteria:

Each applicant’s membership will be pre-verified by the Sponsor before selection process.

If selected as a recipient, the student will receive a $4,000 award. Up to six (6) awards will be granted.

Awards may be renewed for up to three additional years or until a bachelor’s degree is earned, whichever occurs first. Renewal is contingent upon the following criteria:

Player Eligibility: If a player does not choose to be an active member of their polo program after the scholarship has been awarded, that player forfeits their scholarship and further awarding of said scholarship. The player may re-apply in following years.

Awards are for undergraduate study only.

Financial need is not considered.

Selection of recipients is made by Scholarship America. In no instance does any officer or employee of U.S. Polo Association play a part in the selection. All applicants agree to accept the decision as final.

Applicants will be notified in July. Not all applicants to the program will be selected as recipients. Students may reapply to the program each year they meet eligibility requirements.

Scholarship America processes scholarship payments on behalf of U.S. Polo Association. Payment is made in one installment in mid-February. Checks are made payable to the school for the student and mailed to each recipient’s home address.

As part of your application, you must upload the following documents:

Your application is not complete unless all required documents are submitted electronically through the Scholarship America Student Hub.

Need Help? Reach out to us at
uspa@scholarshipamerica.org